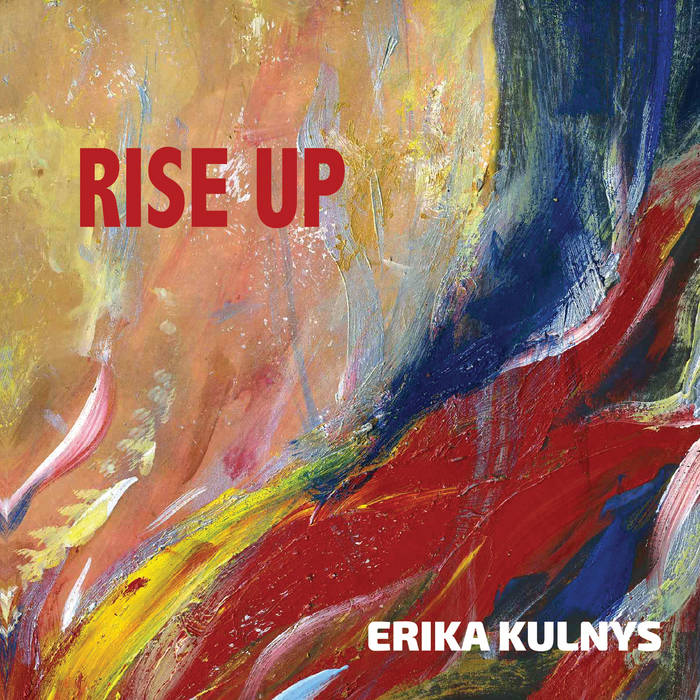 Erika Kulnys connects deeply to audiences with her powerful voice, authenticity, innovative piano work, and infectious joy.
A contemporary singer-songwriter, Erika works across genres to write heart-opening songs that have won much attention on her native soil in Canada. Her last album, Angel on the Road, won Music Nova Scotia’s 2015 Inspirational Recording of the Year, stayed in the Top Ten on local charts, was a finalist in CBC’s Searchlight Competition for Canada’s best new artist and received international airplay. In 2014 Erika was a finalist for Best Female Artist in the International Acoustic Music Awards for her song, Had to Come Home.

Erika’s sixth studio release, Rise Up, is a social justice-themed album, recorded at Signature Sounds by Mark Thayer (James Taylor, Josh Ritter, Richard Shindell) and featuring musicians Dave Mattacks (Paul McCartney), Laurie MacAllister (Red Molly) and Jim Henry (Mary Chapin-Carpenter) to name a few. Rise Up travels through folk-pop, Americana, and rock to explore the depths of human love and suffering, and calls us to unite globally for peace and equality. Throughout, Erika’s songs reflect universal human experiences with passion and acute honesty, while the album’s production uses the many colours of strings, dobro, percussion, and harmonies to create a living landscape of sound and story.

Though her roots grow deep in story-telling folk traditions, Erika is also classically trained, a poet, composer and a performance artist who challenges boundaries. Erika grew up in Nova Scotia singing in choirs and then went on to study music composition, piano, and creative writing at the United World College (NM), Oberlin College and Conservatory (OH), and won a Watson Fellowship to participate in groups working for social change through music in Ireland, Venezuela, Jamaica, Brazil and India. She worked with revolutionary bands in Venezuela, recording and touring through small villages in the Andes, and performed with Battakare, an ensemble of youth in Sao Paolo who create and perform samba-in uenced hip hop. She volunteered at a school for disabled children in India, and studied folk music’s in uence on the peace movement in Northern Ireland.
This year Erika will be one of the featured performers appearing at Copenhagen Pride’s Under the Rainbow event and the Copenhagen Songwriter’s Festival. She will tour Rise Up through Denmark, Germany, Ireland and England this fall, through the northeast of Canada and the US in October-November, in Cuba in January/February 2017, and across the US and Canada from March-June.

“By possessing the ingenious intellect and activist zeal of Ani DiFranco combined with the poetic skepticism of Leonard Cohen, Kulnys is artfully cementing her place in the history books of artistic heroes of our time...”
SHANNON WEBB-CAMPBELL, CANADIAN MUSIC JOURNALIST AND POET

Rise Up
All songs by Erika Kulnys except Honeysuckle by Carla Gover (used with permission), I'm on Fire, by Emily Keener and Erika Kulnys, and Hummingbird by Cameron Molloy and Erika Kulnys
Recorded at Signature Sounds Studio by Mark Thayer
Mastered by Ian Kennedy at Sugarfit Sound

Artwork by Erika and Graphic Design by Shayla Miller and Erika

"...ingenious intellect and activist zeal of Ani DiFranco with the poetic skepticism of Leonard Cohen, Kulnys is cementing her place in history...ballad-aesthetic of Tori Amos...craftsmanship vast as the Atlantic. Spin the cheekiness of Dolly Parton with overt sexuality of Kinnie Starr, and toe-tapping rhythms of Colleen Power to conjure up her multi-dimensional talents.” - Shannon Webb-Campbell ... more

Bandcamp Daily  your guide to the world of Bandcamp

New sounds from Mavi, Ivy Sole & Moderator, plus AJ, the One joins the show, for her latest release